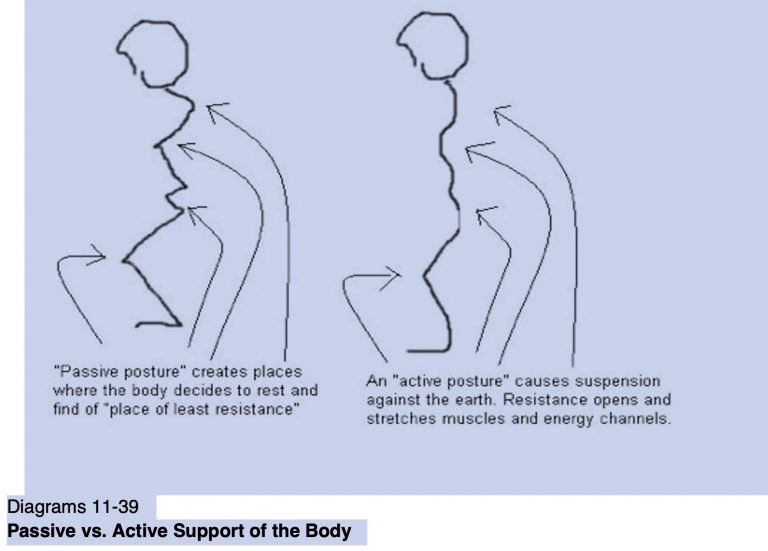 The figure on the right in Diagrams 11-39 represents the tensegruous structure expressed in the human frame. It is a symbolic representation of the body’s connective tissue matrix, which is designed to interact, flex, and adapt to a constantly changing terrain. However, as suggested by the figure on the left in Diagrams 11-38, aberrations in the body’s natural upright support occur when the body is removed from the constant variability of the uneven natural terrain. Under artificially level conditions, instead of proper fascia support, the body unconsciously prefers orientations that require the least amount of effort.

The second way to correct the body’s tendencies toward laziness is to change one’s preferences. Psychologically speaking, this category belongs to a subset of study called behavior therapy, and the process of changing habits is expressed through a principle known as positive reinforcement. Positive reinforcement takes place when behavior (whether conscious or unconscious) is met with positive consequences (reward); the rule that applies is that behavior tends to be repeated when reinforced by rewards. To apply this method in the area of posture correction, the trick is to learn to experience the corrected posture with a feeling of enjoyment. Since behavior, when matched with a favorable outcome, tends to be repeated, the feeling of a correctly suspended body frame becomes enjoyable, and this acts as a type of positive reinforcement or reward.

and, especially for the advanced practitioner, this video provides important guidance: 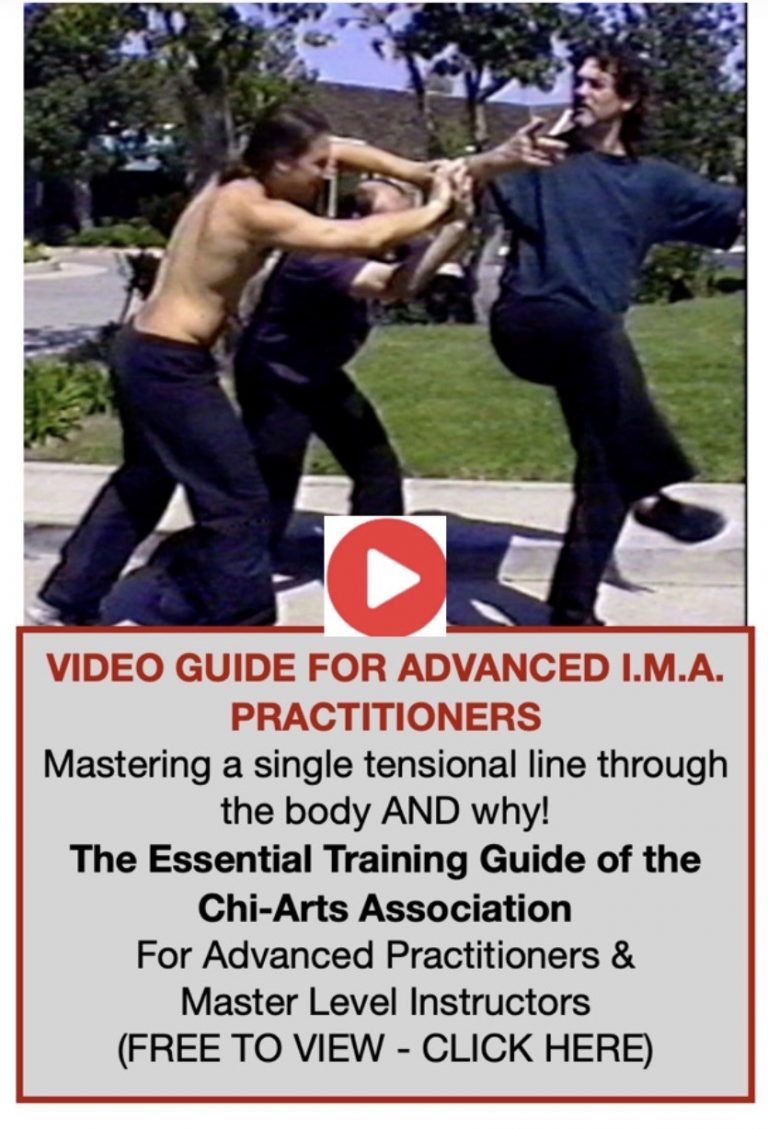 REGISTERED USERS READ MORE ON DEVELOPING "SPRING VS. FULCRUM" POWER, THE "ONE POINT MIND," and the ULTIMATE I.MA. master mindset