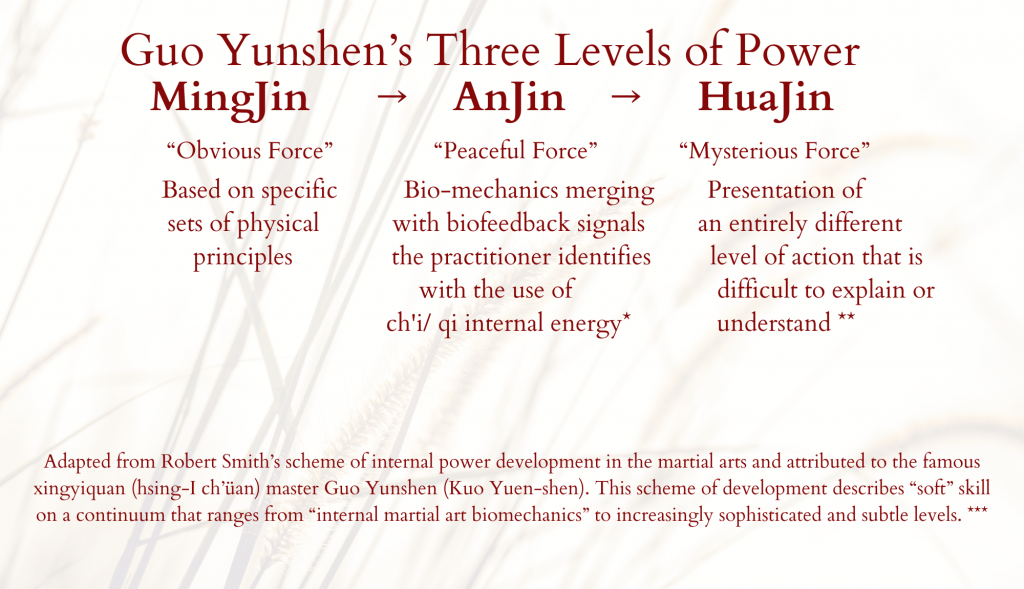 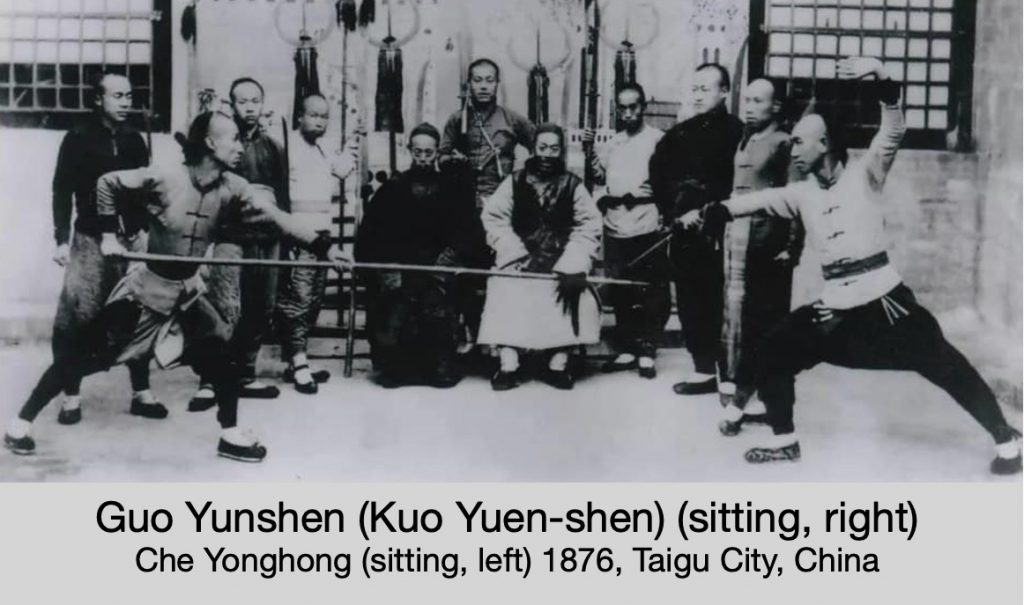 ***Scheme of Power Development in the Internal Martial Arts.  Attributed to Guo Yunshen (1829 – 1898).  In the context of Taoist inner alchemy, the scheme describes the development of internal power through three stages: overt, covert and mysterious. At the overt level, jing converts into qi. At the covert level qi converts into shen, and at the final stage of “mysterious energy,” shen converts into emptiness.

Referencing Guo, Smith explains, “…the way to mysterious (hua) energy is through the obvious and concealed energies. To get obvious energy you must be centered and balanced.” Citing the Taoist alchemical model, Guo states that through this energy, sperm [jing] converts into the qi, which then infuses and changes the bone

Although using the language he had available at the time, Guo Yunshen’s statements are not magical mumbo-jumbo. They are describing REAL processes and REAL sensory experiences within the body.  The pages that follow will teach you to understand and experience this for yourself.

Guo explains the use of xingyiquan’s power through three stages: overt, covert and mysterious:

“How is xingyi used in the three stages? In the first stage it is like a steel chisel, which goes out strongly but falls like a light piece of bamboo. In the second, it starts like an arrow, and falls weightless like the wind. In the highest stage, it follows the wind and chases the moon. An outsider never sees it hit; if he does, it does not belong to this stage.”

What did Guo mean by these statements? How will you train?